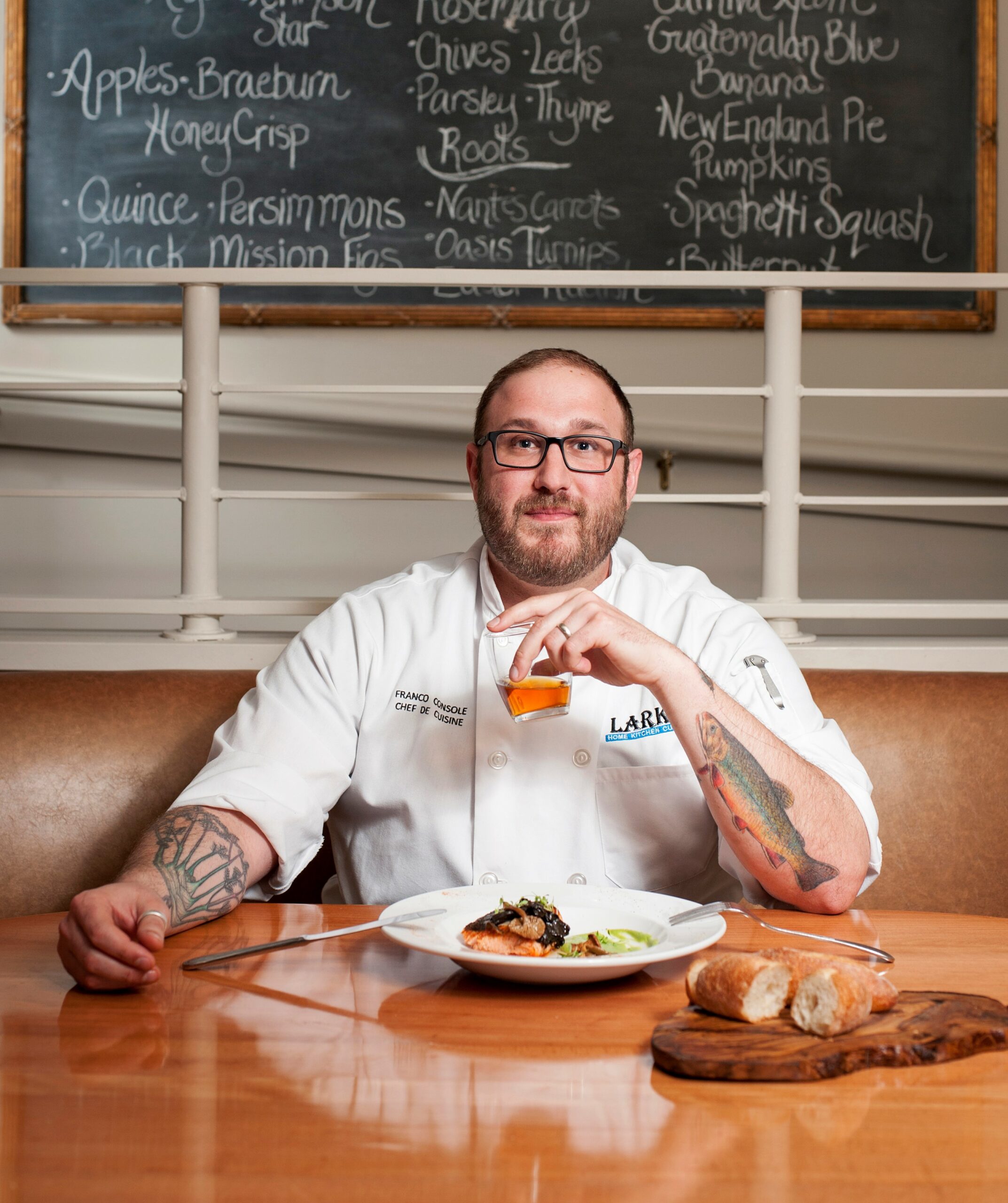 Franco Console was born in Walnut Creek, California and moved to Southern Oregon at the age of 8. Franco was raised in a deep rooted Southern Italian household where the influence of food and family were heavily valued. Franco attended Western Culinary Institute (le Cordon Bleu) in Portland, Oregon in 2002. Franco has been working in the food industry for 18 years and has been part of the culinary scene in Southern Oregon where he has had a hand in many restaurants. Currently, Franco is the Executive Chef at Larks Restaurant Ashland, where he follows his passion and drive for supporting local farm to table cuisine. Franco has competed in many culinary competitions, including Iron Chef Oregon.  In his off-time, Franco enjoys fishing, motorcycles and anything outdoors with his family.